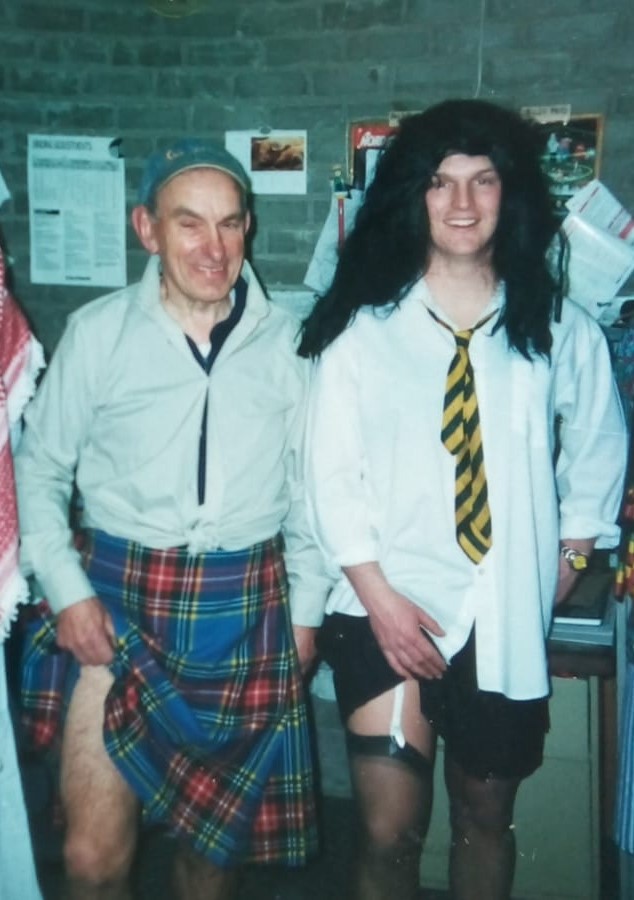 Sandy Beattie, seen here on the left, at a Club event in the early 90’s

The Committee were saddened to hear of the passing of one of Arbroath Ski Club’s Honorary members, Sandy Beattie, who died last week following a stroke.  Sandy, along with his late wife Sheila, formed Arbroath Ski Club back in 1987.  They have left a lasting legacy in the Scottish ski community and he will be missed.

Sandy and Sheila were both fanatical skiers, still taking regular trips to the Alps in their 80’s to visit son Dave and the family in Courchevel.  Sandy always wanted to ski as much as he could and would stay out on the hill as long as possible.  Everyone who lived in resort knew who they were and would happily ski with Sandy if they bumped into him alone on the slope.

Sandy was still teaching at the Club in his 70’s and there will be many people who will have learnt to ski with him over the years.  He was very gentle and softly spoken and a fantastic teacher.

Our thoughts are with son’s David and Mike and their families at this time.